He waged a war of words and music against a military junta that banned his work and imprisoned him during its rule of Greece, from 1967 to 1974.

Mikis Theodorakis, the renowned Greek composer and Marxist firebrand who waged a war of words and music against an infamous military junta that imprisoned and exiled him as a revolutionary and banned his work a half century ago, died on Thursday. He was 96.

The cause was cardiopulmonary arrest, according to a statement on his website. News reports in Greece said he died at his home in central Athens.

Mr. Theodorakis was best known internationally for his scores for the films “Zorba the Greek” (1964), in which Anthony Quinn starred as an essence of tumultuous Greek ethnicity; “Z” (1969), Costa-Gavras’s dark satire on the Greek junta; and “Serpico” (1973), Sidney Lumet’s thriller starring Al Pacino as a New York City cop who goes undercover to expose police corruption.

In the early 1970s, Greek exiles were fond of sharing a story about an Athens policeman who walks his beat humming a banned Theodorakis song. Hearing it, a passer-by stops the policeman and says, “Officer, I’m surprised that you are humming Theodorakis.” Whereupon the officer arrests the man on a charge of listening to Theodorakis’s music.

Contradictions were a way of life in Greece in the era of a junta that repressed thousands of political opponents during its rule, from 1967 to 1974. But to many Greeks, Mr. Theodorakis (pronounced thay-uh-doe-RAHK-is) was a metronome of resistance. While he was put away for his ideals, his forbidden rebellious music was a reminder to his people of freedoms that had been lost.

“Always I have lived with two sounds — one political, one musical,” Mr. Theodorakis told The New York Times in 1970.

After he was released from prison into exile in 1968, he began an international campaign of concerts and contacts with world leaders that helped topple the regime in Athens four years later. It was a turning point for democracy, with a new constitution and a membership in the European Economic Community, which later became the European Union.

As Greece’s most illustrious composer, Mr. Theodorakis wrote symphonies, operas, ballets, film scores, music for the stage, marches for protests and songs without borders — an oeuvre of hundreds of classical and popular pieces that poured from his pen in good times and bad, even in the confines of drafty prison cells, squalid concentration camps and years of exile in a remote mountain hamlet.

He also wrote anthems of wartime resistance and socialist tone poems about the plight of workers and oppressed peoples. His most famous work on political persecution was the haunting “Mauthausen Trilogy,” named for a World War II Nazi concentration camp used mainly to exterminate the intelligentsia of Europe’s conquered lands. It has been described as the most beautiful music ever written on the Holocaust.

Mr. Theodorakis’s music made him a wealthy Communist. Having paid his dues to society, he did not apologize for his privileged life as a member of Parliament, with homes in Paris, Athens and the Greek Peloponnesus; for being feted at premieres of his work in New York, London and Berlin; or for counting cultural and political leaders in Europe, America and the Middle East as friends.

During World War II, Mr. Theodorakis joined a Communist youth group that fought fascist occupation forces in Greece. After the war, his name appeared on a police list of wartime resisters, and he was rounded up with thousands of suspected Communists and sent for three years to the island of Makronisos, the site of a notorious prison camp. There he contracted tuberculosis, and he was tortured and subjected to mock executions by being buried alive.

He studied at music conservatories in Athens and Paris in the 1950s, writing symphonies, chamber music, ballets and assorted rhapsodies, marches and adagios. He set to music the verses of eminent Greek poets, many of them Communists. He also deepened his ties to Communism: When Greece became a Cold War battleground, he blamed not Stalin but the C.I.A.

Mr. Theodorakis was profoundly affected by the assassination in 1963 of Grigoris Lambrakis, a prominent antiwar activist who was run down by right-wing zealots on a motorcycle at a peace rally in Thessaloniki. His murder — a pivotal event in modern Greek history that was portrayed in thinly fictionalized form in the Costa-Gavras film as the work of leaders of the subsequent junta — provoked mass protests and a national political crisis.

Mr. Theodorakis founded a youth organization in Mr. Lambrakis’s name that staged political protests across Greece and helped elect him to Parliament in 1964 on a ticket affiliated with the Communists.

Mr. Theodorakis, who had recently visited President Fidel Castro of Cuba, went into hiding. An arrest warrant was issued, and a military court sentenced him in absentia to five months in prison. Bans were decreed on playing, selling or even listening to his music.

Leonard Bernstein, Arthur Miller, Harry Belafonte and the composer Dmitri Shostakovich led calls for Mr. Theodorakis’s release, to no avail. For the last months of his detention in 1970, he was moved to a prison camp at Oropos, north of Athens. He was coughing up blood and running a fever. To stifle rumors that he had been beaten to death, the junta showed him to foreign reporters.

The European government told Greece it was violating its treaty on human rights and called on the junta to end torture, release political prisoners and hold free elections. The colonels rejected the appeal, but they released Mr. Theodorakis and sent him and his family into exile in Paris, where he was hospitalized and treated for tuberculosis.

Three months later, he conducted the London Symphony Orchestra in his triumphant “March of the Spirit.” The crowd’s emotions spilled over. “It was as if Zorba himself were conducting,” Newsweek wrote at the time. “When it ended, the audience wouldn’t let him leave; prolonged applause, cheers, stamping feet and rhythmic cries of ‘Theodorakis! Theodorakis!’ brought him back five times.”

The concert began Mr. Theodorakis’s four-year campaign for a peaceful overthrow of the junta. Touring the world, he gave concerts on every continent to raise funds for the cause of Greek democracy. He won support from cultural and political leaders. In Chile, he met the country’s Marxist president, Salvador Allende, and the poet Pablo Neruda. He later composed movements to Neruda’s “Canto General,” his history of the New World from a Hispanic perspective.

He was received by President Gamal Abdel Nasser of Egypt, Marshal Tito of Yugoslavia, the Palestinian leader Yasir Arafat and President François Mitterrand of France. The Swedish leader Olof Palme, the West German chancellor Willy Brandt and his old friend Melina Mercouri, the actress who had become the Greek minister of culture, pledged help. Artists and writers around the world became his allies.

By 1973, facing international pressure and a restless civilian population, the junta’s hold was shaky. A student uprising in Athens escalated into open revolt. Hundreds of civilians were injured, some fatally, in clashes with troops. Colonel Papadopoulos was ousted, and martial law was imposed by a new hard-liner. In 1974, the junta collapsed when senior military officers withdrew their support.

Within days, Mr. Theodorakis returned home in triumph, welcomed by large crowds, his music playing constantly on the radio. “My joy now is the same that I felt waiting in a cell to be tortured,” he said. “It was all part of the same struggle.”

Michael George Theodorakis was born on the Aegean island of Chios on July 29, 1925, the older of two sons of Georgios and Aspasia (Poulakis) Theodorakis. He and his brother, Yannis, were raised in provincial cities. Their father was a lawyer. Their mother, an ethnic Greek from what is now Turkey, taught her sons Greek folk music and Byzantine liturgy.

Yannis became a poet and songwriter. Mikis wrote his first songs without musical instruments and gave his first concert at 17.

In 1953, he married Myrto Altinoglou. They had two children, Margarita and George.

After his return from exile in 1974, Mr. Theodorakis resumed concert tours and became musical director of the symphony orchestra of Hellenic Radio and Television. He also returned to politics, serving in Parliament in the 1980s and ’90s.

In 1988, he quit the Communist Party and sided with conservatives who deplored scandals in the Andreas Papandreou government and bombings attributed to left-wing terrorists. But in 1992 he resigned as a conservative government minister and returned to the Socialists.

Mr. Theodorakis, who was awarded the Lenin Peace Prize in 1983, wrote books on music and political affairs, as well as a five-volume autobiography, “The Ways of the Archangel.” In retirement, he condemned America’s war in Iraq and Israel’s conservative policies. Even in his 80s, with his shaggy mane of gray and penetrating eyes, he had the ferocious look of a rebel or a prophet.

In 1973, during his exile, Mr. Theodorakis presented a sweeping survey of his work at Avery Fisher Hall in New York City, including a trilogy based on the poems of Neruda.

“The elements behind Mr. Theodorakis’s music are simple enough,” John Rockwell wrote in a review for The Times: “stirring tunes, infectious dance rhythms and the ever‐present exotic color of the bouzoukis.” But while Mr. Theodorakis “makes brilliant, inventive use of his popular materials,” Mr. Rockwell noted, “he quickly transcends them.”

“Ultimately, one can’t separate Mr. Theodorakis’s politics from his music,” he added. “One can easily understand why this is the sort of music some people feel they must ban.” 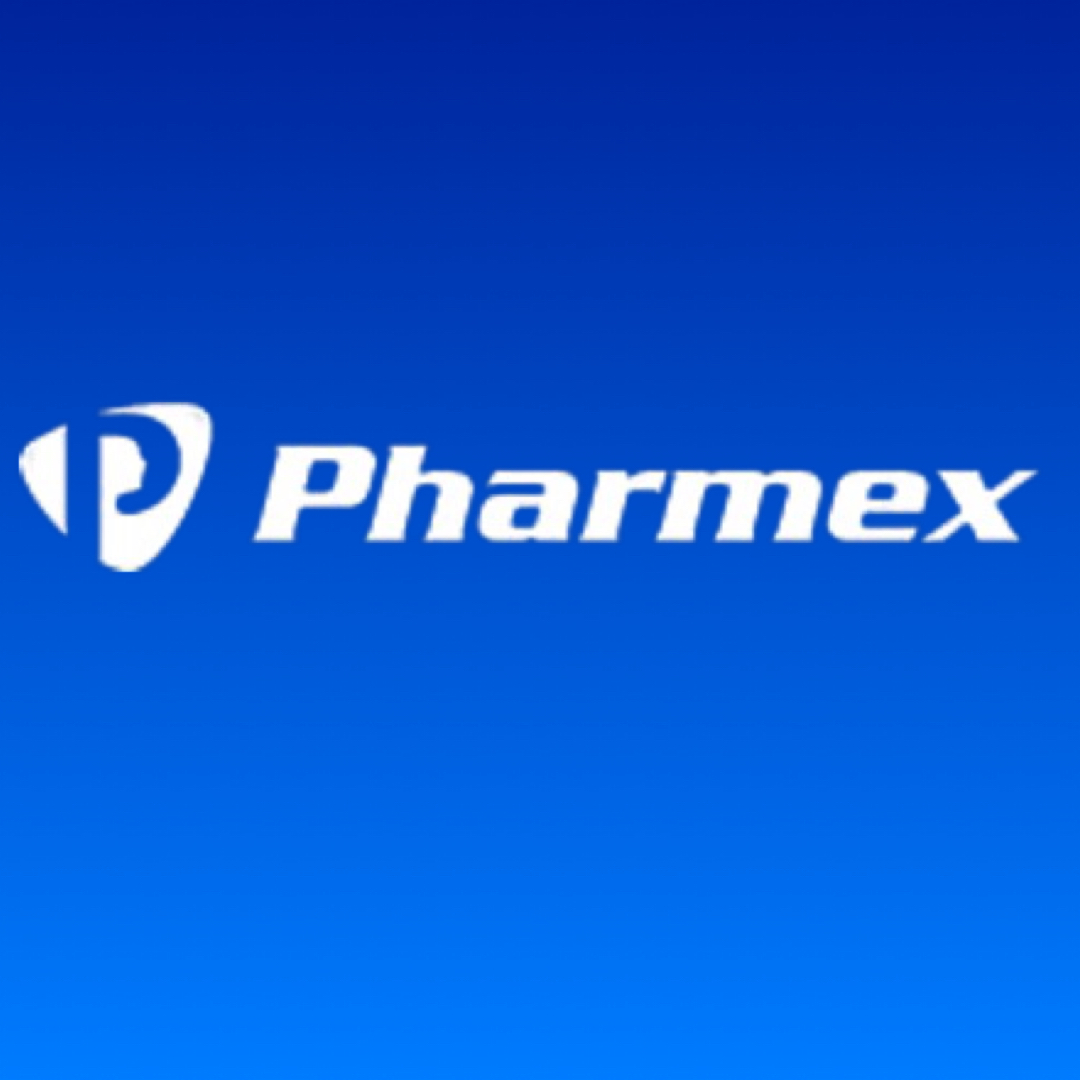